Places, events, people and the rugs themselves have had a major influence on the art of rug weaving. In order to provide all of our valued customers with a better understanding of this art, we have compiled information about the most significant time periods and the most famous rugs in history. 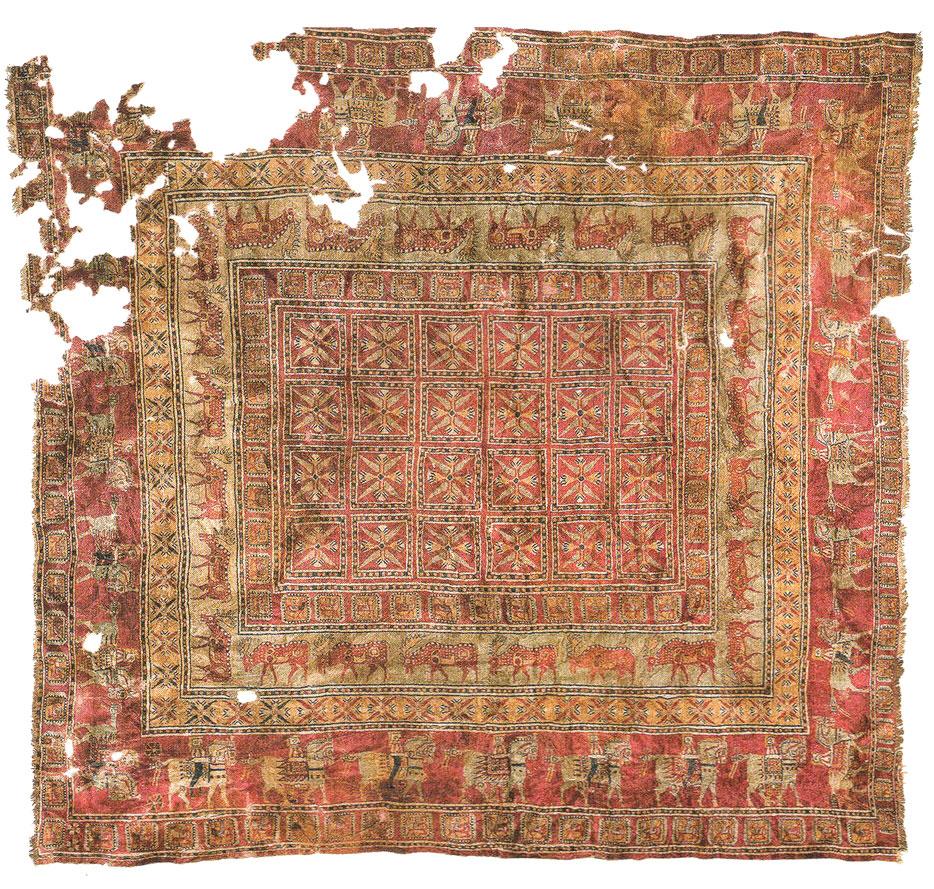 Learning about rugs and distinguish one from another by attributes including size, color, layout, pattern, style, make, pile, weave, foundation, knot, category, age, and condition.

Although it has not yet been discovered in modern times, scholars have found evidence in Persian manuscripts of a rug that dates back to the 6th century A.D. that was called the Spring of Khosrau. Based on these manuscripts, we know that the Spring of Khosrau was a handmade rug that was kept in the Sassanian palace in the area that is now known as Iraq. It is believed that the flat-weave rug was woven in multiple places with many materials, including silk, wool, gold, silver, semi-precious and precious stones. Historians debate whether the owner was Khosrau I of the Sassanid Dynasty or Khosrau II. 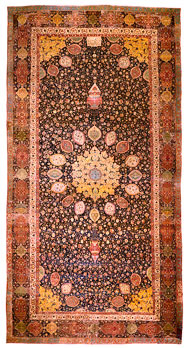 The nearly identical Ardabil Carpets were woven in 1539 and 1540, and they both have the name of their designer, Maqsud of Kashan, woven into the material. These carpets were created during Shah Tahmasp's reign, and they are both hanging in museums. Each of these handmade area rugs has a silk foundation, features 300 asymmetric knots per each square inch and measures 17' 6" by 36' 6".

The Ardabil Carpets are currently hanging in the Los Angeles County Museum of Art and the Victoria and Albert Museum in London. Unfortunately, the one in Los Angeles is missing its borders, but these fragments allowed the carpet in London to be fully restored. 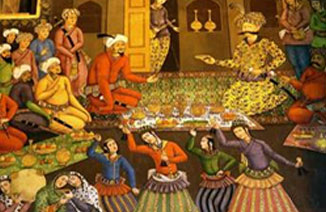 Persian rug weaving and art in general reached its greatest point during the Safavid Dynasty of 1502-1722. However, the most significant contributions occurred in 1524-1576 under Shah Tahmasp and 1588-1629 under Shah Abbas I. In fact, Shah Abbas I was a highly skilled weaver, and he established several workshops to weave royal rugs in a long list of cities, including Sabzevar, Kashan, Herat, Kerman, Tabriz, Esfahan, Yazd, Joshaqan and Shiraz. Rug weaving was transformed in many ways during this time period. The tools of the trade became more sophisticated, curvilinear patterns began to emerge and the design repertoire was increased significantly.

Introduction of Rug Weaving to India

Rug weaving was brought to India during the reign of Moghul Emperor Akbar in the sixteenth century. The art of making handmade area rugs was very popular and financially lucrative at that time in Iran, and many Persian weavers led the workshops that were setup in India during this time period. This caused the majority of Indian designs to showcase a strong Iranian influence, including many curvilinear styles. Experts believe that it is strongly possible that the first wave of Persian weavers that taught the art to the people of India came from Esfahan. 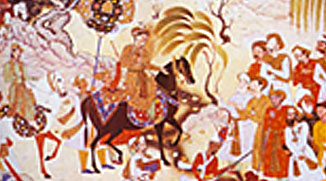 Synthetic dyes were developed in the 1850s, and this led to the development of synthetic aniline dyes that were created from coal-tar. These dyes became popular quickly because they were inexpensive, easy to use and very brilliant. However, exposure to water and light caused the dyes to fade extremely fast, and this made the handmade area rugs of that time less desirable. Therefore, Persian king Nasser-e Din Shah banned all aniline dyes in 1903, and all of the weavers in Iran stopped using synthetic dyes until colorfast modern synthetic chrome dyes were developed after World War I.

Introduction of Rug Weaving to Europe

Rug weaving was introduced to most European countries between the 8th and 13th century. Spain was the first European country to begin making handmade area rugs, and they were given this new trade while the Muslim Moors ruled the majority of the Iberian Peninsula. By the 12th century, Spain had become a very important area for producing rugs.

The French Aubusson and Savonnerie weaving styles of the 17th and 18th century had a major impact on the history of European rug weaving. In fact, these two styles are still being copied today in many countries, including Iran, Pakistan, India and China. Pierre Dupont set up Savonnerie workshops in Paris in 1628, and Henry IV supervised the process. Savonnerie rugs were typically made for palaces and other special orders, and artists from the royal courts created the designs. The production of Savonnerie rugs had its greatest run from 1650-1789. Unfortunately, the French Revolution interrupted their production, and the workshops were moved to the Gobelins in 1825. The Aubusson style originated in Aubusson, France, in the mid-1660s, but the production of these handmade area rugs was halted in this area by the 1870s.

Special rugs require special service. Whether you need rug repairing, cleaning, washing, or refurbishing Medallion can help. In addition to free pick-up and delivery, Medallion can help assess how to best preserve, clean, or wash your rug depending on the construction, age, materials, and condition. Rug cleaning and care requires more refinement and experience with age. Let Medallion be your secret to keeping your rug pristinely beautiful for generations.